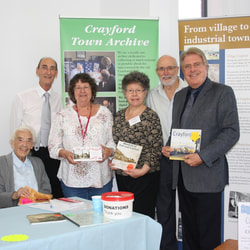 ​Dr. Wright's lecture, on Bryan Faussett and his excavations in Kent, opened a window to a hitherto unknown 18th archaeologist and his equally unknown Anglo-Saxon finds of extraordinary quality.  It appears that an excursion to Liverpool to view these artefacts would be well advised.  Our members were delighted to learn about this almost-local pioneering antiquary, and Dr. Wright is to be applauded in bringing Bryan Faussett to the attention of a wider audience.

​Thank you for your recent talk to the branch about the correctness of official registers and certificates and how to ignore the pitfalls. It was both beneficial for new researchers as well as being a reminder to old hands. I particularly liked your short history of how civil registration came about and could picture the new Registrars swamped under a paper mountain. Small wonder errors appear in the registers!

Your films of birth, marriage and death certificates were a good visual aid when you detailed instances by columns where errors are likely to occur. I thought that the question time after the talk and the discussion that followed rounded off the evening nicely.  ​

Dr. David Wright’s talk on the eighteenth-century antiquary and pioneer archaeologist Bryan Faussett FSA combined being learned, informative and interesting with being entertainingly lively. He cast light on the social and ecclesiastical mores of the mid-eighteenth century while making plain the extent of Faussett’s archaeological work on Anglo-Saxon remains in Kent. He emphasised Faussett’s careful and scholarly recording of the date and place of his discoveries as opposed to the dilettante approach of many of his contemporaries. Faussett’s work on Anglo-Saxon graves enabled him to build up a large collection of Anglo-Saxon jewellery, (of which the most remarkable item was the Kingston brooch) and other grave goods, which was of seminal importance to Anglo-Saxon studies.

An interesting addition to Dr. Wright’s talk was the meticulously detailed family tree of the Faussett family which he had prepared. Those who heard his talk will eagerly await the publication of his biography of Bryan Faussett 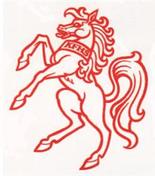 Dr Wright gave us a very informative and thought provoking talk on Birth, Marriage and Death Certificates and their trustworthiness. He highlighted several possible sources of error and showed that the certificates are not always a totally reliable source, demonstrating these with examples from his own researches. The talk was extremely useful for those who were relative beginners, but even the more experienced amongst us found it useful.

"... just to say a big thank you for last nights presentation. It was very informative and anyone with Kent Ancestors (and those like me without any) should have picked up lots of pointers of where to look and what to look for. I think the lack of questions showed that they had been told everything they needed to know.

"... my gratitude for the quality of your talk, and comprehensive manner in which you dealt with a very broad subject in the limited allotted time. The breadth of the subject would justify a lengthier time-slot or even a dedicated workshop ... I would like to thank you for addressing my (research) queries at the end of the evening."

“... a massive subject that was covered in 75 minutes.  Thoroughly enjoyed it and could have listened for another hour.”